The Feldenkrais Awareness Summit is a service of:

Before we talk about Future Life Now, let’s talk about how the summit began.

In 2018, Cynthia Allen, a Feldenkrais® practitioner and one of the partners in Future Life Now, took a leap and put together the first summit for the Feldenkrais® community. She had been investing in courses for online programming for a few years and almost kicked off the summit in 2017, but health challenges prevented this from happening. So 2018 became the inaugural year. On the initial team was Arlene Klein; she has continued to be a huge contributor to the production of the summit each year. Our little team has grown a bit with a few other experts picking specialized pieces.

Future Life Now Online hosts a number of online programs. You can check them out at futurelifenow-online.com. However, as the Feldenkrais® Awareness Summit was a monumental leap for Future Life Now and the Feldenkrais® community at large, it was clear that the third summit, the 2020 edition, deserved its own website. Here it is!

You May be Asking Who is Future Life Now?

We are a husband and wife team who have been in the business of growing and guiding others for many, many years.

To help you move better, feel better,  live better. Life has curve balls for sure, but by using intelligent, compassionate approaches you can thrive.

We offer unique online programming that fits your needs as you mature. We feature the Feldenkrais Method®, NLP, Sounder Sleep System®, Bones for Life® and more. 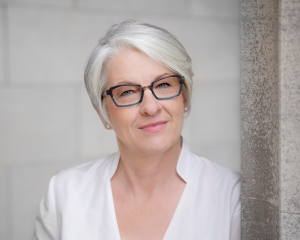 Cynthia has been working in holistic practices, health care management, and organizational consulting for over 25 years. In 2001, she became a Certified Feldenkrais® practitioner and, more recently, a Senior Trainer in Movement Intelligence. By day, she helps children and adults find easier ways to navigate life challenges and thrive. By night, she is dreaming up new options for how people can become more fully human through awareness, curiosity, elegance, and action. Admittedly, she is more than a little obsessed with the field of somatic education and the difference it can make in the world.

Cynthia also offers workshops throughout the United States. She has taught as adjunct faculty at Xavier University and collaborated with Drake Hospital Rehabilitation’s Physical Therapy Department and Integrative Learning Center. She has provided programming for many hospitals, medical practices, and corporations including Procter and Gamble. 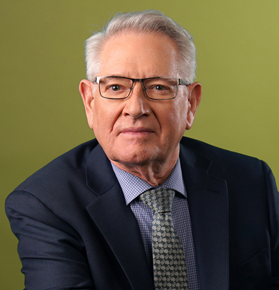 Larry was a born teacher and leader. He’s always been driven to help others – which is a big part of the reason he created Future Life Now. But he wasn’t always drawn to the health profession.

As a child, Larry and his best friend loved doing math problems, they were little mysteries to the boys. They soon realized that other people didn’t see the joy in math, rather, they thought of it as a chore. This opened the door to his lifelong love of teaching.

After a few years of teaching math, Larry changed directions and pursued a career in the Christian ministry, where he could help others lead lives filled with meaning and success. It was during this time that he saw there was a need for better
approaches to mental and physical health as well as all-over wellness. The next step on the journey was to become a Master Practitioner in Neuro Linguistic Programming (NLP).

A move from Missouri to Cincinnati also prompted the move to begin Future Life Now. It also was time to return to learning and earn a master’s degree in social work. Larry has cultivated a work history that encompasses a lifetime of learning, teaching,
observing, and experiencing.

Have questions? Email us at: support@futurelifenow.com